Having a holiday break on the Costa Blanca or nearby areas ? A place not to be missed is the village Gaudalest in Spain. It doesnt matter if you are enjoying a city break in Valencia, a bohemian trip round the villages of Marina Alta or a week at the beach on your Javea Vacation. Guadalest is a must visit! The ancient village houses are literally perched on top of a mountain in a truly unique way that you wont find equalled anywhere else! Guadalest or locally known as El Castelle de Guadalest is a small town in Valencia. The village is precariously perched on top of a granite mountain in a mountainous part of the comarca of Marina Baixa in the province of Alicante, Spain.

And if you have the privilege of viewing it from the top, you can see that it’s like an eagle’s nest on top of a rock. The town is nestled deep in the mountain, nearly touching the clouds. And going up there is an amazing experience in itself. The breathtaking views that you will pass will take your mind off the fact that you are climbing twisting roads upwards. 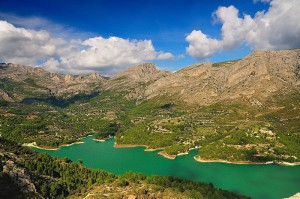 Because of the rich history of Guadalest, the town is littered with historical remnants and structures like castles, churches and towers.

This is an ancient fortress built around the city to protect it from its conquerors and enemies. Entering the walled town is very interesting. You have to go through a tunnel which is carved through a rock.

Interesting Sites Inside the Walled Town:

This castle was one of the defensive structures of the old city, and it was where the       ancient king of the village resided. It was built around the 12th century. The castle is             situated on top of a cliff towering over the walled town. So going there will afford you            a picturesque and panoramic view of the walled town and the surrounding areas.

This is another castle that was part of the ancient fortification. This is the only castle in   the town that was not stormed or impregnated. So, most of the structure is still intact. 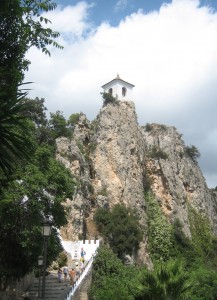 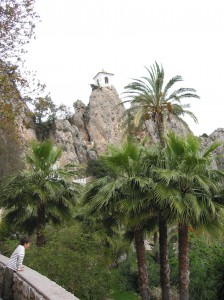 This is the first building you will see upon entering the walled town. It is a museum that offers access to the castles. The structure of the house is interesting because one half of it is supported by rock formations while the other half is part of a chapel of an adjoining church.

c. Our Lady of the Assumption Church

This is the church attached to the Orduña House Museum. It is rendered beautifully in Baroque style. 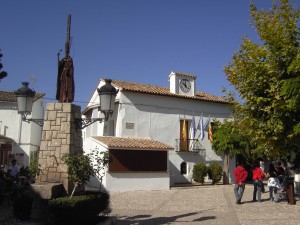 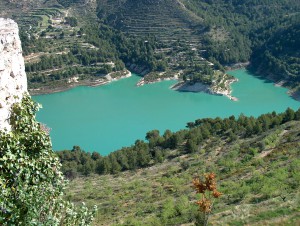 d. The Rock of Alcala

This is a towering rocky peak that shoots up from the surrounding land of the walled town. Access is difficult and only half of the cylindrical castle tower can be seen. This is one of the famous images of the town.

After checking all the places inside the walled town, you can visit the beautiful countryside surrounding the town. You can check out the dam that was built below one of the castles. The reservoir was built across the Guadalest River and it is a prefect place for fresh water fishing.